Vongola Primo and his Guardians were the first-generation members and founders of the Vongola Famiglia. The Famiglia initially started as a vigilante group to protect townspeople at the times when the law could not protect them from crimes.

Giotto's group stands out among the families of the other generations thanks to being made up of individuals from the most diverse backgrounds, including a soldier, a cleric, a member of royalty, and a rival mafioso. This was due to Giotto's peculiar character, as according to Reborn, he accepted into the Vongola anyone he liked.

They retired and relocated to Japan after Demon Spade betrayed the rest in the wake of Elena's death, whereupon they were replaced by Vongola Secondo & Guardians.

All members carry a special watch made by Talbot, whom Giotto requested to make it to symbolize their friendship. Numbers and messages are engraved beneath the covers of each pocket watch. Giotto stated that the numbers were based on the name "Primo" that the Guardians gave to Giotto.[1] 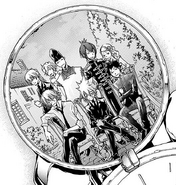 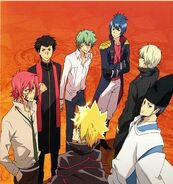 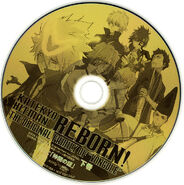