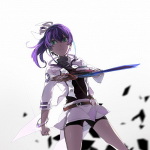 Hi! Everyone, I'm Frost190. People describe me as a shy girl but can be emotional at times (Which I admit to myself), a scorpion. I really hate anyone rude, pervert, and violent. I always use polite language but use it in normal mannerism, because of this, I was bully by my classmates when I was 1st until 6th grade. But now it's different, I already have people that I finally I can call friends. I love to reading Manga and watching Anime, or writing my own novel and manga. I really love Reborn! And really a big fan of it! I will do my best at this community.

Retrieved from "https://reborn.fandom.com/wiki/User:Frost190?oldid=137387"
Community content is available under CC-BY-SA unless otherwise noted.