Welcome to Reborn Wiki
a wiki where you'll find all the latest info about
Katekyo Hitman Reborn!, a series created by Akira Amano.
We have over 2,047 articles, so whether it's a technique your favorite character uses, or a weapon used by an enemy, you're likely to find it here on this wiki. If it doesn't exist, help us out by adding it. Anyone can edit! So, whether you're just browsing, or whether you wish to help us out by editing a few articles, we hope you'll enjoy browsing our wiki!
All articles contain SPOILERS. READ with caution!

We are affiliated with other awesome websites! Reborn! Fanon, German Reborn! Wiki, and other anime wikis!

To affiliate with Reborn Wiki, please contact an administrator. 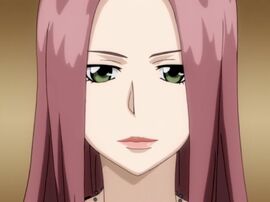 Bianchi is Gokudera's older half-sister, as they share the same father. Bianchi, known as "Poison Scorpion Bianchi" or simply "Poison Scorpion" in the Mafia world, specializes in Poison Cooking, a technique that turns any food she makes into poison, regardless of whether or not it's intentional. Bianchi herself is immune to Poison Cooking and believes that she is quite an excellent cook. She is in love with Reborn, who was a former associate of hers, and wants to kill Tsunayoshi Sawada to free up Reborn's schedule; however, she refuses to kill him for the benefit of others. (Read more...)