N/A
Many Arrives! →
Reborn Arrives! is the first volume of the Katekyo Hitman Reborn! series.

Infant Reborn is a hitman for the Mafia. He is sent to Japan to train teenager Tsunayoshi Sawada so that he can become the next boss of the most powerful Mafia group, the Vongola Famiglia. Tsuna considers himself a loser until Reborn shoots him with the Dying Will Bullet. This makes him stronger physically and mentally, allowing him to perform amazing feats. He is eventually able to become friendly with his crush, Kyoko Sasagawa, and befriends baseball player Takeshi Yamamoto after stopping him from committing suicide. As part of his training, he begins meeting members of the Mafia, who have mixed reactions to him. Dynamite expert Hayato Gokudera initially wishes to kill the boy, but later strives to become his right-hand man. Another infant assassin, Lambo, introduces himself by trying to kill Reborn, but instead starts living with them. 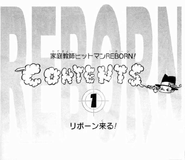 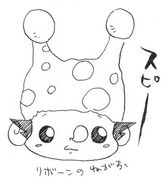 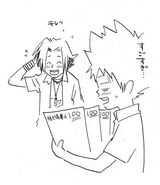 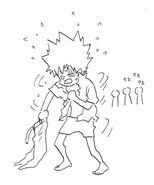 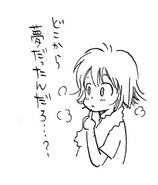 Kyoko waking up
Add a photo to this gallery