Iemitsu Sawada
The CEDEF is a secret intelligence organization independent from but still under the Vongola Famiglia. Its headquarters is disguised as an ordinary business's building. CEDEF stands for Consulenza Esterna Della Famiglia (門外顧問機関, Mongai komon kikan?) meaning "External Advisors of the Family" in Italian.

The CEDEF was founded by the first generation Vongola Cloud Guardian, Alaudi. When Giotto, the Vongola Primo, bequeathed his title to Vongola Secondo, he wanted to split the power in the Famiglia to have balance; thus, he commissioned Alaudi to create CEDEF.

The members of CEDEF are members of the Vongola Famiglia that remain outside the direct control of the main Famiglia. They hold very little power during times of peace; however, they become a very important part of the Famiglia during times of crisis because, at such times, the CEDEF leader becomes the Vongola Famiglia's second-in-command, and also merges with the main Vongola. The CEDEF can thus be considered the "second Vongola".

There are over 800 members of the CEDEF, though only a few are named. 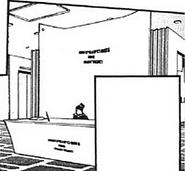 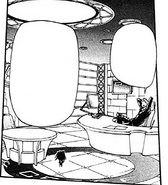